Take a ride on the North Borneo Railway

The Experience on North Borneo Railway

The North Borneo Railway takes you back into the history of Malaysia! Previously employed to transport tobacco from the centre of Malaysia to the coastal places. However, now, the railway serves as a means of transportation to the locals and tourists. But tourists who wish to spend time watching the countryside and enjoy a good bit of souvenir shopping take the train ride.

Departing at 9:30 am from Kota Kinabalu to Kinarut town, the train offers you a choice of local breakfast options. With breakfast, you can watch the train pass through the open fields, across the coastline and the city. At Kinarut, disembark the train and get ready to explore the town. A popular place for shopping, the town owns a selection of souvenirs shops and many options you can select from.

Things to do and see

From Kinarut, the train further goes to Papar, where you can interact with the locals before heading back to Kota Kinabalu. On your way back, the North Borneo Railway tour offers you a meal for lunch. Furthermore, you can even get an opportunity to chat with the railway engineer. So, learn about the old wood fire engine restoration and know how the railway works.

Do not miss the enthralling experience the North Borneo Railway ride offers. Get a glimpse and soak into the rich history of Malaysia or simply just chose to relax. You can also take a long ride to watch the gorgeous landscapes of the surrounding. No trip to Kota Kinabalu is complete without spending a morning aboard the North Borneo Railway. Thus, when in Kota Kinabalu, look forward to experiencing the city from a different perspective.

Not sure how to go about booking a trip on this historic train? Let Locaguide’s local travel experts help you out. Build a personalised Kota Kinabalu itinerary of your choice and consult with your guide on including this attraction.

Take a food-walk through Jalan Alor

If food is an integral part of your perfect holiday, if you are curious about local cuisines or if you love exploring a culture through its food, then multiple visits to Jalan Alor is what you have to include in your tour of Kuala Lumpur.

Jalan Alor is a one of a kind food destination located in the heart of Kuala Lumpur. As you step onto the busy street, you can sense the change of smell in the air. The modern shopping malls are replaced with hundreds of stalls and small food carts selling all kinds of local dishes. The splash of colors, vendors calling for your attention, music playing from buskers, light smoke and wok-clunking melody coming from stir-frying, barbecue and meat-grilling actions all create an atmosphere completely different from any other part of the city. 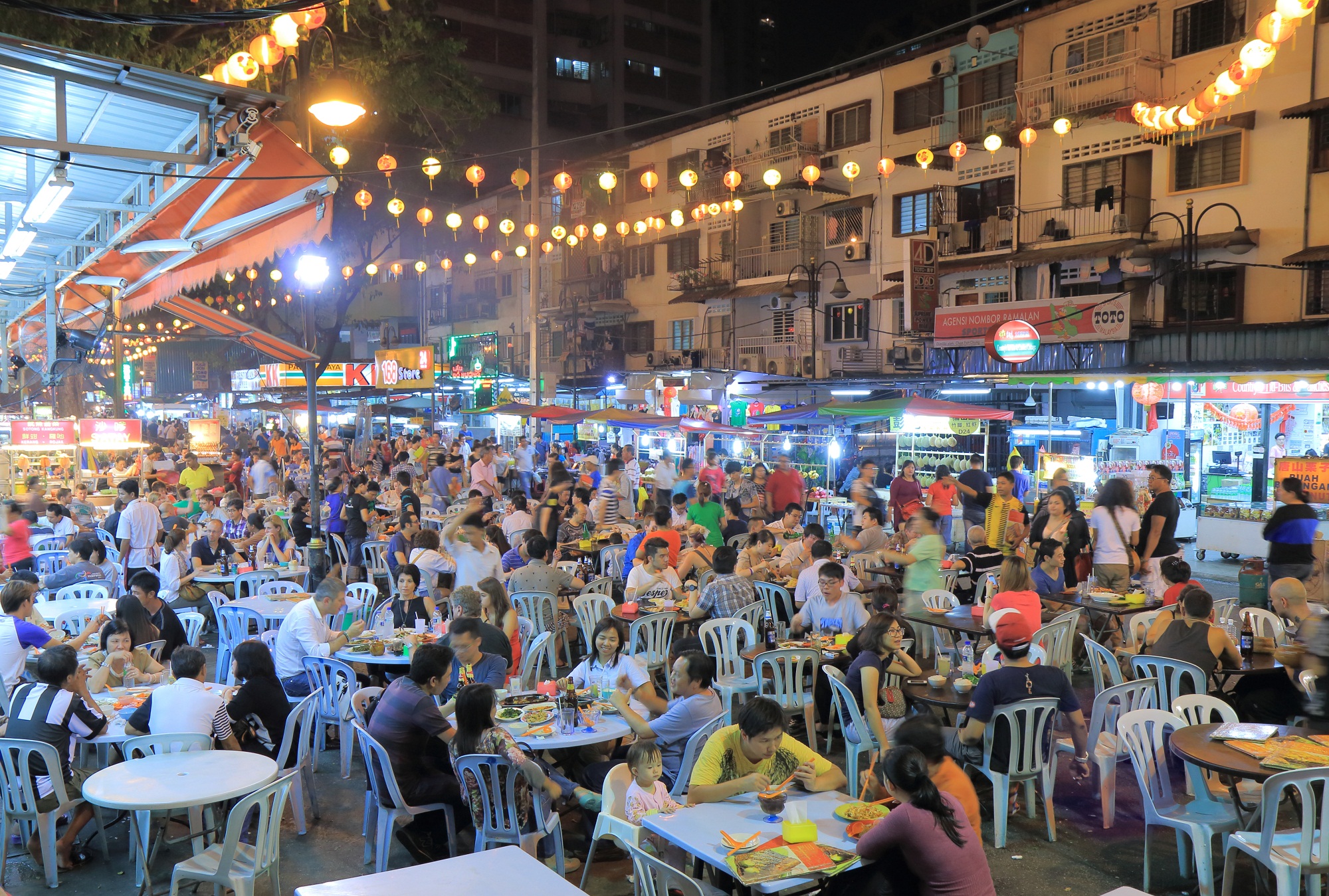 A street that starts off calmly during the day transforms into a bustling hub of activity as the sun goes down. It has become a food haven for tourists and locals alike. Offering some of the best culinary delights of Malaysia, the street is filled with dining tables arranged at the centre and rows of hawker stalls on either side of the road. Frequented not only by tourists but locals as well, the stalls offer unique dishes from across the country. A food walk through this vibrant street is one of the top activities in Kuala Lumpur and a travel guide from Locaguide will be a perfect company to help you swim through this sensory overload! Ask your guide for food and restaurant recommendations depending on what you like to eat and he will be able to point you in the right direction. 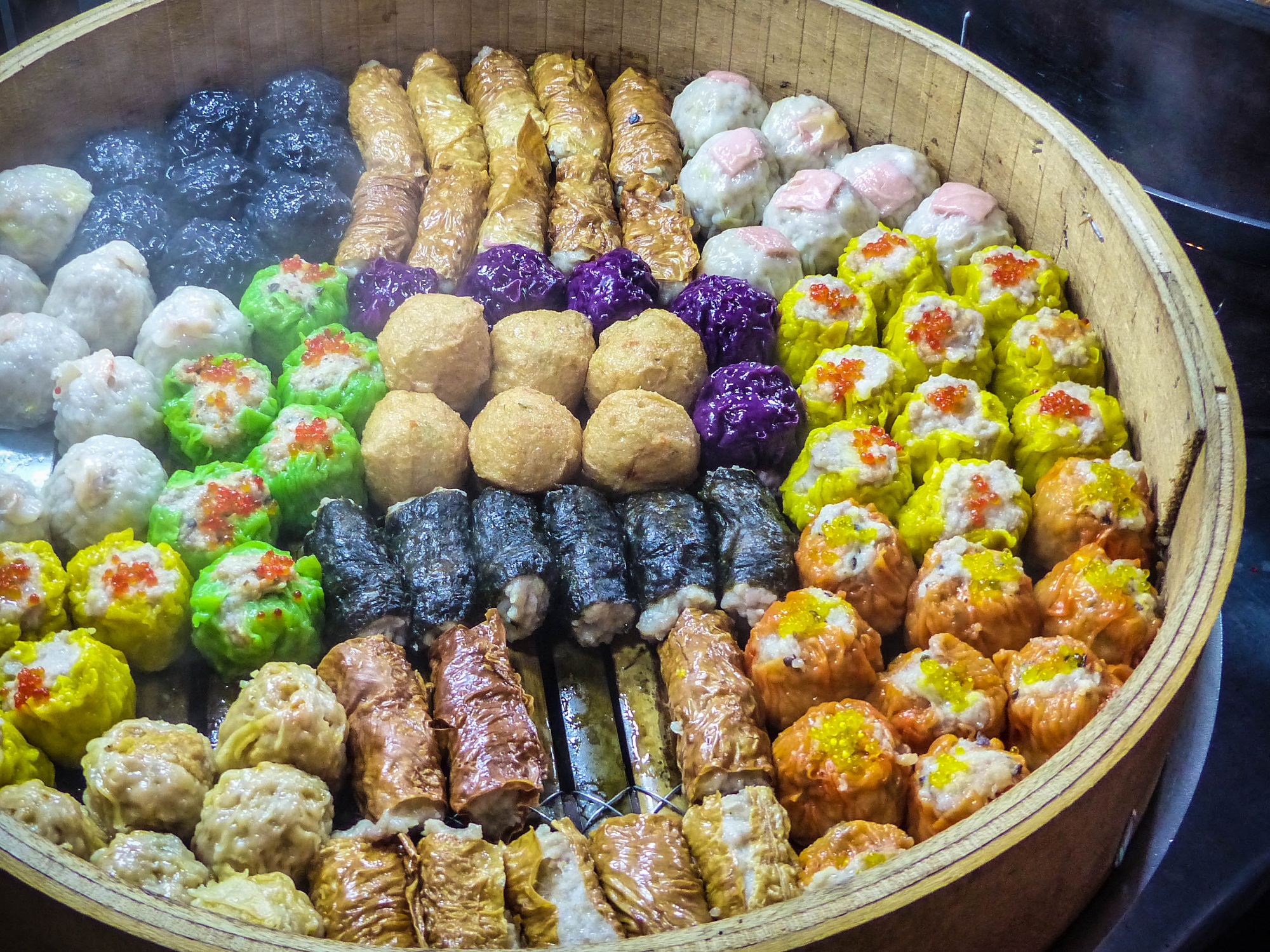 Bring your appetite on your visit to Jalan Alor. Be it the succulent dumplings, dozens of varieties of noodles, grilled meats or even the local favourite, chicken satay, it’s hard to run out of options at Jalan Alor! Offering not just food but the culture of Malaysia for everyone to experience, this street shows you that diversity does not exist in just the people of Malaysia but in its food culture as well.

With Bali becoming more and more mainstream as a tourist destination, did you ever wonder what an original Balinese village experience was like in the past? If you wish to see it yourself, then pack your bags and pay a visit to one of the most conservative, original & authentic Balinese village — Tenganan Pegringsingan. It is a walled village in the regency of Karangasem and was once considered to be one of the most secluded societies of Indonesia.

If you are looking to dig deeper into the cultural and historical traditions of Bali, Tenganan Pegringsingan village has everything to satisfy you.

The experience of an authentic Balinese tradition is not something that you get every day. Following a local folklore about a 14th-century king, the villagers still observe the concepts of cleanliness and purity as the most important virtues in their lives. The Tenganan village has kept its culture, tradition, and rituals intact even through the modern era. If you’re a traveller who has little understanding of the Balinese traditions, travelling with a local guide could give you more insights into the cultural significance of this small heritage village.

The village looks really old and secluded from the rest of the Bali island. Even though agriculture and weaving are the primary occupations of the villagers, you can see some souvenir shops around that sell traditional clothes and handicraft items, such as paintings and writings on palm leaves. One of the best souvenirs you can collect from Tenganan is the Geringsing cloth, or the double ikat as they’re known here.

To sum everything up, the Tenganan village is a great getaway destination in Bali where you can delve deeper into the life, culture, and tradition of the islanders. Planning your trip with Locaguide can greatly enhance your travel experience in the most hassle-free way possible. Your personal tour guide will ensure that you get enough information about this place and its history, and come back richer in knowledge.0

The Royal Maimoon Palace of Medan

Along with the raw natural beauty of the islands, Indonesia also holds a complex history and culture. If Indonesian history is what eagers you then the Maimoon palace in Medan is a great place to feed your curiosity.

The magnificent palace exudes the aura of one of Indonesia’s most spectacular architectural specimen and is a treasure trove of stories from the past.

Where is it located ?

Maimoon Palace is located at Jalan Brigadier General Katamso, Sukaraja village in downtown Medan. You can hire a cab and get to the palace. But if you want to get adventurous, you can also experience the local pedicab service.

Built in the 1890s by the Sultan Makmun Al-Rasyid Perkasa Alamsyah, the Maimoon Palace serves as an ‘Istana’ or a royal house for the Sultanate of Deli. Its unique architecture and interior designs are influenced by Mughal, Malay, and Italian styles. This palace is believed to be designed by an unknown Italian architect commissioned by the Sultan. Hence, unlike the other monuments, the Italian attributes, fused with the traditional Mughal and Malay designs, make the monument one of the most incredible places in Indonesia.

Though only the main room of the palace is open for tourists, the lavish inauguration throne and the lush green gardens are definitely worth visiting. Take a look at the amazing collection of the ceremonial kerises (the unique Indonesian daggers) and get to know more about the kingdom through the photo gallery in the main room. A local guide who understands the Indonesian culture and history could explain the importance of everything that is displayed in this palace. If you want, you could even dress up in the traditional Malay costume as a king or a queen and get pictures clicked in those attires.

Since Deli Sultanate continues to be the only kingdom in Medan, the heritage and the aura of the kingdom is priceless. Occasionally, traditional music performances also take place in the palace vicinity. So, a complete guided tour around the palace with Locaguide will give you a good look at the past and present of traditional Indonesian culture.0

Imagine dozens of men in traditional Balinese costumes, loudly chanting and dancing in rhythm in a large circle, while immaculately dressed actors enact stories from the Ramayana around fire torches. That’s what the iconic Kecak dance of Bali looks like. Based on the Hindu mythology of Ramayana, the actors and dancers enact how Ram and his brother Lakshman rescued the former’s wife, Sita, from the evil Ravana.

The Kecak dance has been recognized internationally as a unique Balinese art form that is performed every evening at the Uluwatu Temple and the Tanah Lot Temple.

The performance draws a massive crowd and is regarded as one of the top 10 activities to do in Bali. You can ask your local travel guide to take you to either one of the two locations and club this activity with a visit to the respective temples for a perfect way to end the day.

This dance form is quite dramatic in more ways than one and gives the audience a glimpse of rich Balinese culture and traditions in a beautiful setting. With the sun setting in the background, the stage is set for a dramatic performance by the actors, while the fire torches at the centre stage add to the ambience. The presence of fire is of much significance in this dance in order to portray how Ram’s loyal aide Hanuman burnt Ravana’s territory in their attempt to rescue Sita. There are no musical instruments used in this act, but the synchronised chanting of the dancers provide a wonderful backdrop for the entire performance.

If you are looking to have a truly authentic cultural experience in Bali beyond the usual tourist attractions, watching the Kecak dance is a must! These days there are also slight variations of the original performance enacted in certain places in Bali using a different storyline from the Ramayana. So if you’d like to watch something different, ask your guide from Locaguide to take you to the right places. A magical setting, coupled with gripping performances by the dancers, makes this one of the top things to do in Bali!2