Ancient limestone caves housing Hindu temples that hold murals of stories from Hindu mythology, the Batu Caves are an unmissable day trip from Kuala Lumpur. Watched over by a golden statue of the spear-bearing Hindu deity Lord Murugan, the caves are said to be a national treasure of Malaysian Tourism and are the central point of  Thaipusam, a Hindu festival in Malaysia.

Formed in the limestone hills, located just on the outskirts of Kuala Lumpur, the temples get their name from the Stone River that flows past the hills.

The vel-shaped entrance of the main cave is what inspired an Indian trader to dedicate a temple to Lord Murugan inside the limestone caves, making it one of the most popular Hindu Shrines outside of India. Another reason why it’s thronged by tourist is because of a 140 feet tall statue of Lord Murugan, the tallest in the world. 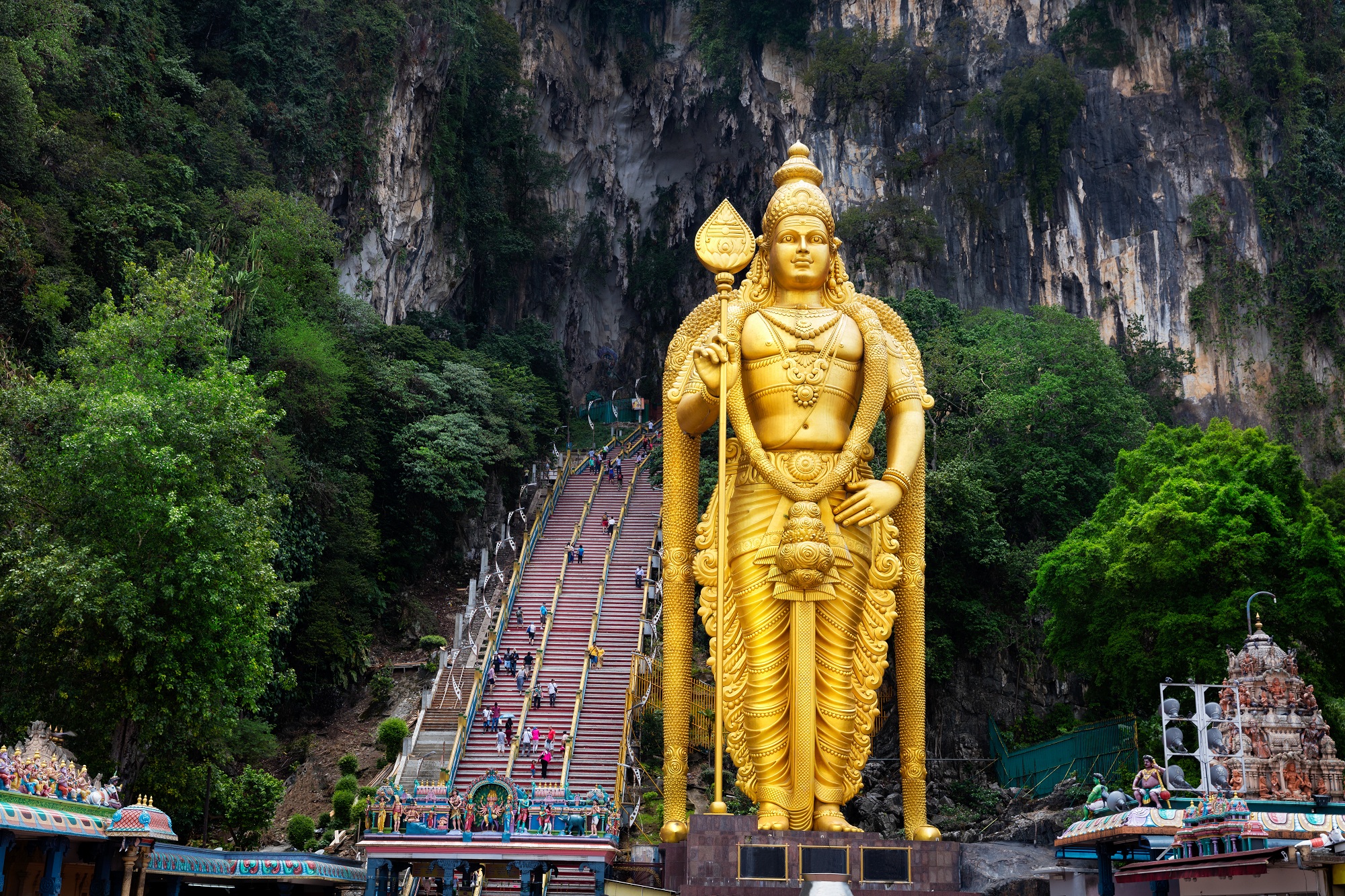 The Architecture and History

The temple site consists of three main caves and a couple of smaller ones. The Cathedral Cave, as the largest cave is known, has a very high ceiling and houses opulent Hindu shrines. The shrines reflect the tales of Lord Murugan’s victories over the demon Soorapadman. To get the blessings of the lord, you have to climb 272 steps up a steep flight, while troops of monkeys keep you entertained with their antics on your way up! 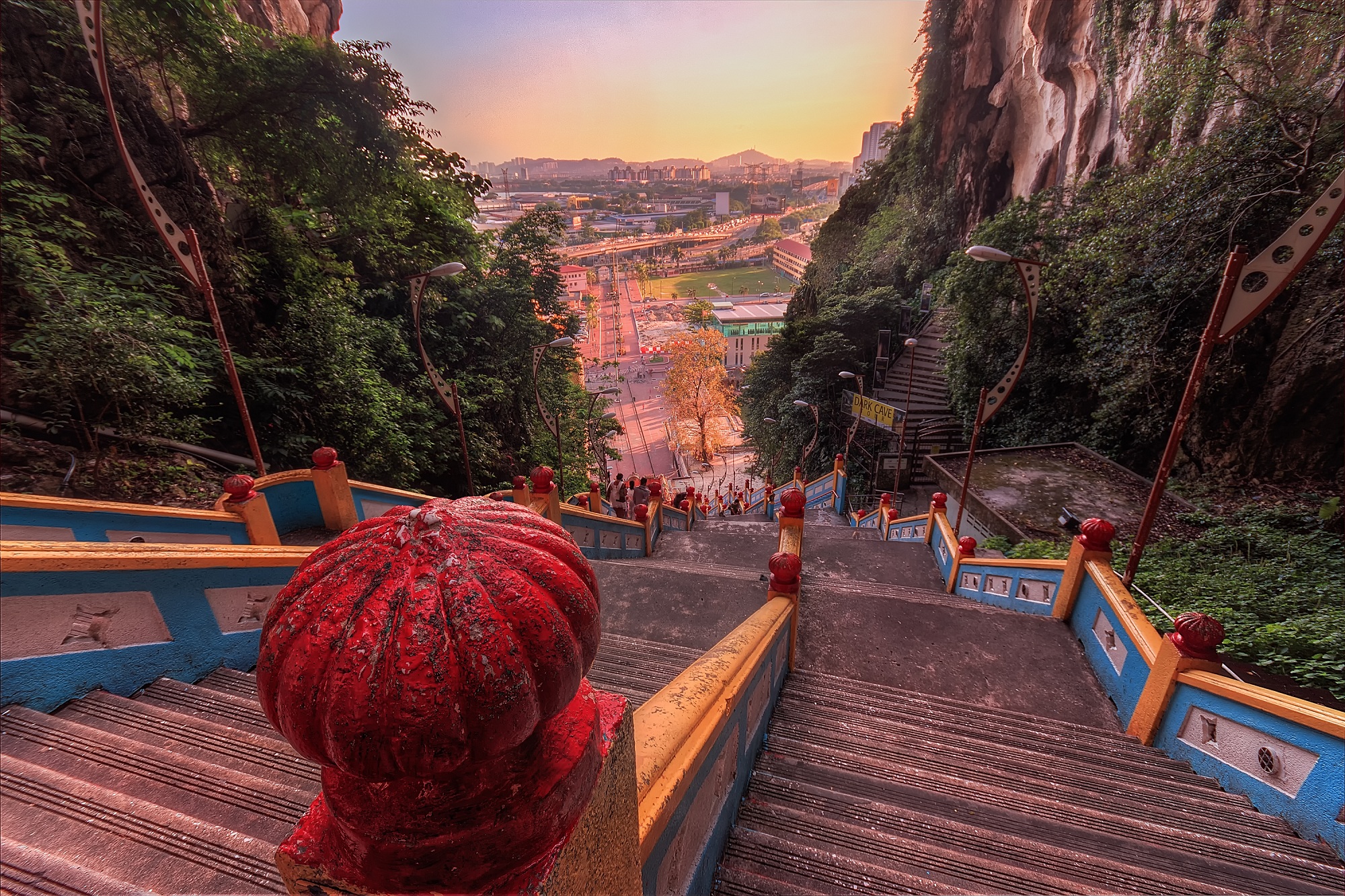 Walking past a 50 feet tall statue of Lord Hanuman and a temple dedicated to the devotee and aid of Lord Ram, you will reach the Ramayana Cave.  This cave tells the tales of Lord Rama in narrative carvings etched along the uneven walls of the cave. An audio guide is available to help you decipher the carvings, but a local guide would be better able to explain the myths and stories surrounding the Batu Cave Temple. During your Kuala Lumpur city tour with your guide from Locaguide, do include a visit to this holy shrine in your itinerary. Explore the fascinating caves for a unique experience in Kuala Lumpur and also get blessed by the lord while you’re at it.

TripCanvas Editorial Team
A collective of travel, food and adventure enthusiasts sharing stories about hidden gems and unexplored local attractions, aiming to showcase and help you explore the destination in its truest form.
Take a food-walk through Jalan Alor
The Annual Thaipusam Celebrations in Kuala Lumpur

Local Festival Of The Nine Emperor Gods In Ipoh