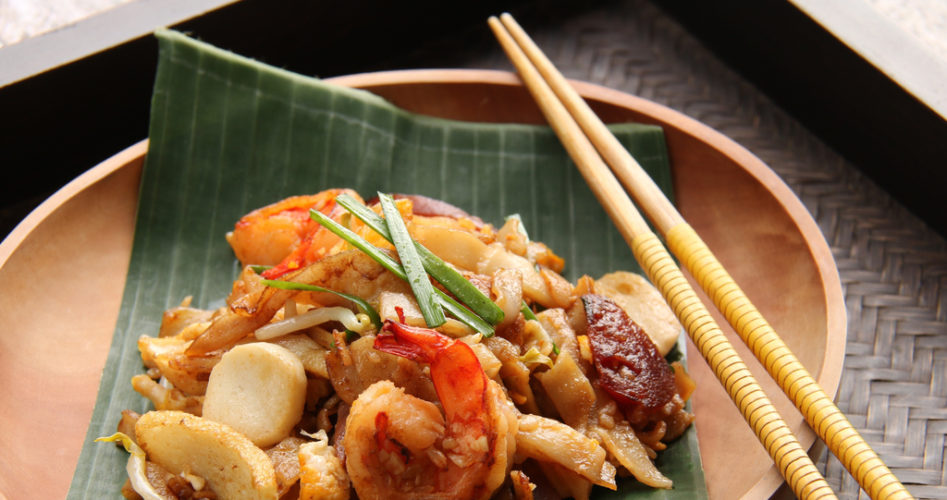 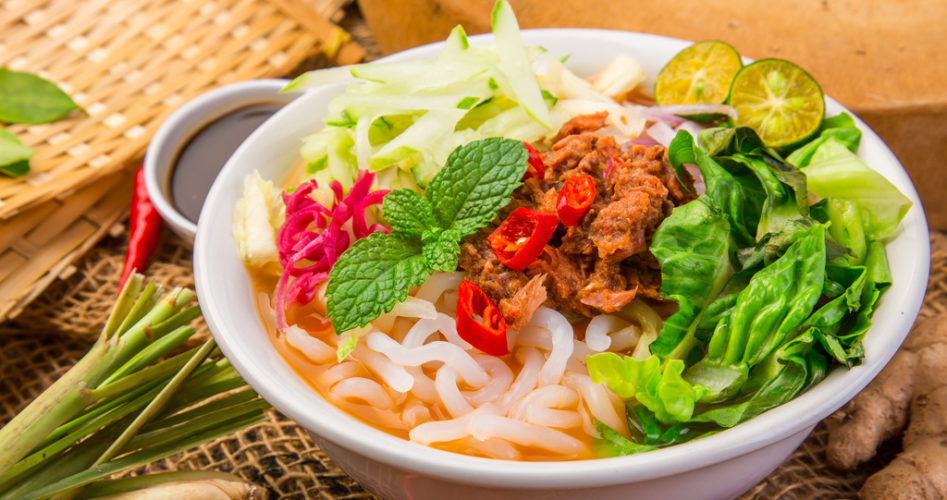 One of the many versions of Aam Laksa

After a day’s city tour and souvenir hunting, a bowl of soup is just what the soul demands. And when in Penang, nothing other than a bowl of steaming Asam Laksa will do! A fish and tamarind based soup with a touch of a sour aftertaste, it remains a local favourite of all time; right from when the Chinese immigrants moved to the island to this present day. Said to be a dish born out of the intermarriage of the Chinese and local Malays, it is a dish made for the soul.

The many versions of Asam Laksa

Ever since it featured in CNN’s top ten best food list, the dish inevitably remains on everyone’s must-try dishes. Made from poached and shredded mackerel, the sourness of the soup makes it the perfect “feel good” meal. The distinctive flavour attributes to the use of tamarind, lemongrass, chilli and galangal (Asian plant of ginger family) in the right quantities and mixtures. You can customise the soup as per your liking, from the variety of base ingredients used to garnishes. Also, adding a dollop of shrimp paste would do the trick to enhance the flavours a lot more.

The dish tantalises your taste buds with its tangy flavour. Priced low, Asam Laksa makes up a whole bunch of different versions you can try and experiment with. Meanwhile, a friendly little chat with the locals can get you close with the food culture of the locals.

A local guide from Locaguide will ensure an experiment with the perfect meal to re-energise with, between shopping sprees. The guide will make you try more than just a single version of Asam Laksa during your tour of Malaysia. Take your guide’s help to find the local hole in the wall shops selling the most authentic version of this dish. The dish lets you take home food memories of a lifetime. Thus, sure to change your idea of soup noodles upon tasting the iconic Asam Laksa.